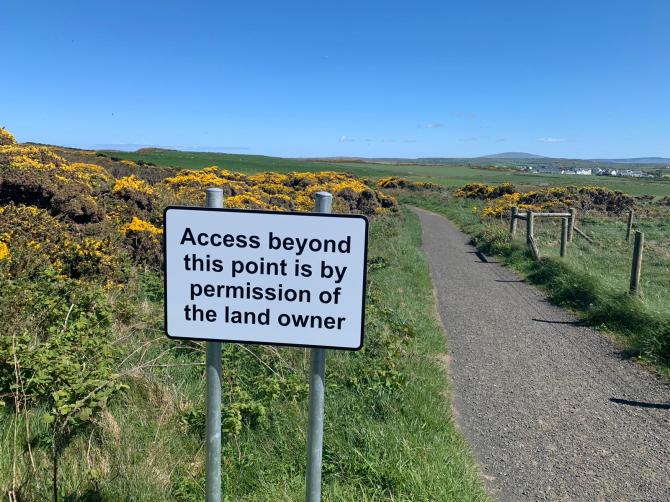 The National Trust has denied erecting new signs on the cliff path at Giant's Causeway World Heritage Site warning visitors that access is 'by permission of the landowner '.

The signs were placed at either end of section of path linking the visitor centre with the top of the Shepherd's steps.

Though the Trust owns the famous stones and much of the surrounding land, some sections within the WHS remain in the hands of private landowners.

Paths are maintained by the National Trust and access is granted through permissive path agreements entered into by the council.

Sources in the charity indicate they had no knowledge of the land in question has changing hands.

In a statement, a National Trust spokesperson said: “We were made aware of the signs along the clifftop path this morning and we can confirm these signs were not erected by the National Trust.

Meanwhile, the Trust suggested the Department for Infrastructure closed a section of the main access route to the stones after a rock fall on Monday.

“We assume the Department has closed the road to allow for the rock fall to be cleared.”