We care about our care workers 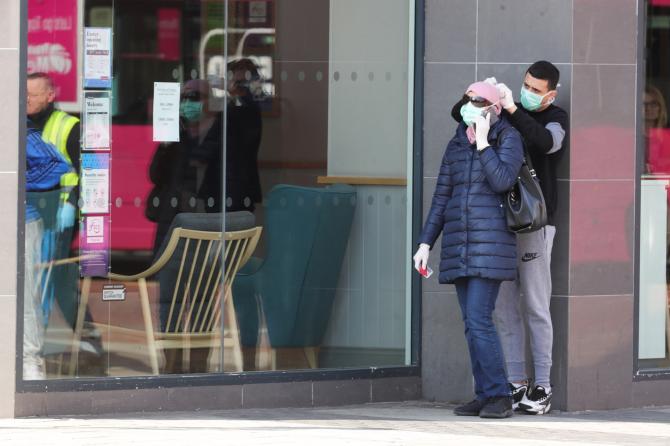 MILLIONS of people around the UK showed their support for our NHS workers at the end of another busy day in Stormont and London on Thursday.

Young and old joined with Prime Minister Boris Johnson and the Chancellor Rishi Sunak in applauding those at the front line of the fight against the deadly Coronavirus.

It was an emotional end to a day which saw important developments on both sides of the Irish Sea.

The most significant, of course, was the announcement from the Chancellor that the government will support the nation's self-employed workers.

They will be able to apply for a grant worth 80 per cent of their average monthly profits to help them cope with the financial impact of the virus.

The money - up to a maximum of £2,500 a month - will be paid in a single lump sum but will not arrive until the start of June at the earliest.

Shortly after the chancellor spoke, the number of people in the UK who have died with Covid-19, the disease caused by Coronavirus, jumped by more than 100 in a day for the first time.

The total number of deaths now stands at 578.

Back here, and it was revealed that a section of a county Down army base is to be prepared for use as a large scale mortuary as part of Northern Ireland's Covid-19 planning.

The news follows Health Minister Robin Swann's claim that the death total in Northern Ireland could amount to thousands.

"I've been very proud by what I've seen so far, by the enthusiasm, energy and commitment of officers, part-time, staff and reserve," he said.

Hospital visits are also to be curtailed as part of plans to try and halt the spread of the virus.