Lessons we can all learn from 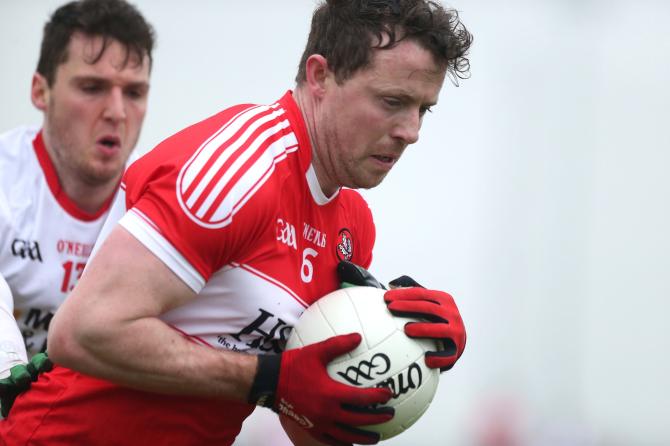 HE'S an inspiration on the pitch and now he's proving every bit a leader off it too.

Former Eoghan Rua and Derry football captain Barry McGoldrick is proving an unlikely social media sensation - in his day job as a schoolteacher.

A no-nonsense footballer, the Portstewart man is adopting the same attitude when it comes to distance learning with his students.

Head of Year 13 at North Coast Integrated College in Coleraine, the two-time Derry senior football championship winner has been dispensing some salient advice during the school's enforced closure.

On Wednesday, in the first of his daily updates, Barry began by reminding his young charges to be 'helpful and calm' around the house.

"Don't be a moaning pain in the backside. Read a bit, keep your minds sharp and don't spend all day on social media like a loser!" he told them, before revealing he would provide an inspirational quote for each of the days they were absent from school.

"Day One: Don't be an Idiot," was the stark advice.

The message was retweeted by parents, immediately coming in for praise for its honesty and humour.

"The inimitable Mr McG is really ALL of our spiritual Head of the Year at the moment," tweeted one mum.

As for 'Day Two,' (Thursday), here's what the inimitable Mr McGoldrick had to say.

"After my new found twitter fame yesterday - which has gone completely to my head and inflated my head even more than usual (ask my beautiful wife) - I have come back to offer you more wise words.

"Exercise: I want to see 10 press ups and 10 sit ups on the hour every hour for six hours. Don't be a moaner and get it done.

"Take care of yourselves.

I think we could all learn a lot from Mr McGoldrick right now.