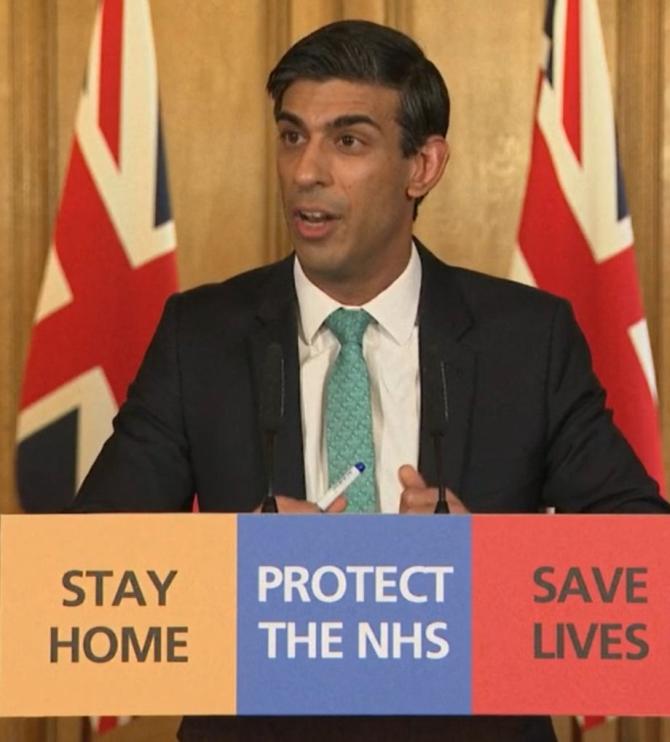 SELF employed workers will be able to claim support worth 80% of their average monthly profits in an 'unprecedented' move to cover the impact of coronavirus, Rishi Sunak has announced.

The Chancellor said the move - worth up to a maximum of £2,500 a month - would cover 95% of self-employed workers.

The package comes after the Government came under sustained pressure as its initial package of financial support only covered employees.

Mr Sunak said: "To support those who work for themselves, today I am announcing a new self-employed income support scheme.

"The Government will pay self-employed people who have been adversely affected by the coronavirus a taxable grant worth 80% of their average monthly profits over the last three years, up to £2,500 a month."

- Criminals who deliberately cough at police officers while claiming to have coronavirus could face up to two years in jail, the country's top prosecutor has warned.

- The Home Office warned that people who continue to flout coronavirus lockdown rules will be breaking the law and could be arrested by police.

- The Prince of Wales, who is self-isolating in Scotland after testing positive for coronavirus, thanked the public for the hundreds of get well messages he has received.

- Home tests for people to find out whether they have had coronavirus could be available in a matter of weeks, says Public Health England. Professor Yvonne Doyle, medical director for the organisation, said plans were in place for "a million tests that people can do themselves".

- The Bank of England left interest rates unchanged at 0.1% after last week's emergency action to shore up the economy.

- No10 indicated that additional coronavirus field hospitals are being considered around the UK. The Prime Minister's official spokesman said 500 of the additional 4,000 beds created in the NHS Nightingale Hospital being set up in London's ExCeL centre will be available for use next week.

- The Government raised the target for volunteers to help vulnerable people through the coronavirus crisis to 750,000 after more than half a million people responded to the call. NHS England chief executive Simon Stevens said almost 650,000 members of the public have signed up to volunteer for the NHS in a "most extraordinary" response.

Boris Johnson has previously warned that the self-employed may not be able to get through the coronavirus crisis 'without any kind of hardship at all.'

But the Prime Minister said he wanted to get 'parity of support' so the self-employed could have similar levels of protection to waged workers.

Meanwhile, a national salute will take place on Thursday evening to honour the hardworking NHS staff who are trying to battle coronavirus.

In a gesture of thanks to the frontline healthcare heroes, everyone across the nation has been invited to join a a mass round of applause from their doorsteps, windows and balconies at 8pm.