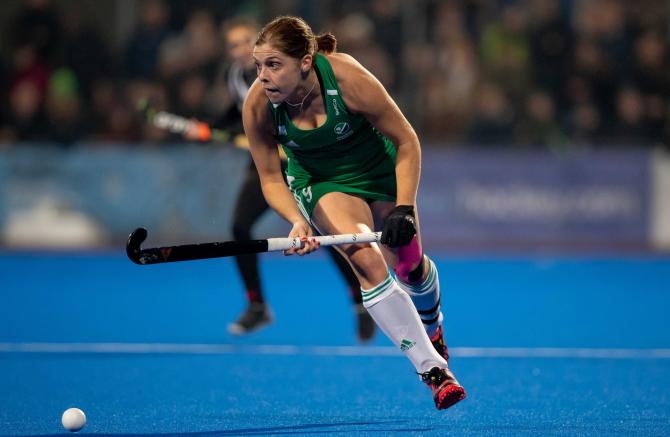 THE captain of the Irish Women's Hockey team has spoken of her disappointment following Monday's announcement that this summer's Olympic Games has been postponed.

Katie Mullan, player-coach at Ballymoney Hockey Club, was due to lead her country in Tokyo after the team came through a tough qualifying campaign at the end of last year.

However, a decision has been taken by the International Olympic Committee (IOC) to postpone the games until 2021 because of the Coronaviris crisis.

"In the present circumstances and based on the information provided by the WHO, the IOC President and the Prime Minister of Japan have concluded that the Games of the XXXII Olympiad in Tokyo must be rescheduled to a date beyond 2020 but not later than summer 2021, to safeguard the health of the athletes, everybody involved in the Olympic Games and the international community,"explained an IOC spokesperson.

Reflecting on the decision, Katie Mullan, said while disappointing the postponement could also be viewed as an opportunity.

"As players, we are gutted with the announcement to postpone the games as our excitement has been building but we totally understand why this decision has been made," said the Coleraine woman.

"What matters most is players health and wellbeing, as well as our families and friends, and we hope everyone is staying safe and healthy at this difficult time.

"As a team it has been strange doing so much individual training but everyone has been pushing on with home-gym programmes and trying to increase their fitness with running and cycling.

"This is a big change for so many people but everyone is the same situation.

"We’ll be doing our best to use this as an opportunity," she added.

The Tokyo Olympics is just the latest high profile sports event to be either postponed or cancelled because of the Coronavirus.