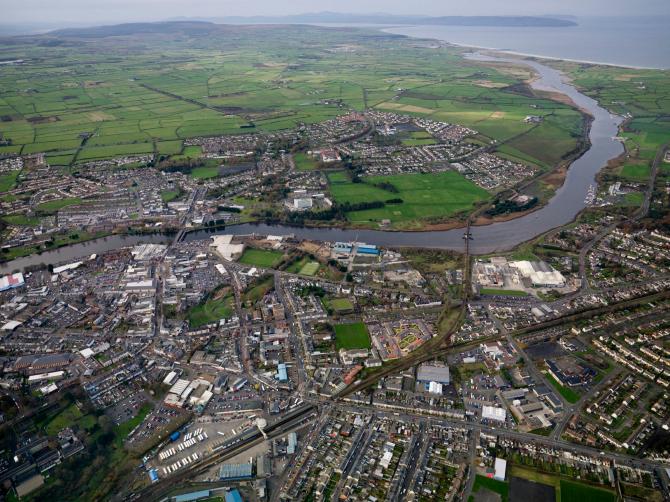 FRESH CALLS have been made for Coleraine town’s very own Business Improvement District to be shelved.

Otherwise known as BID, the initiative is designed to help businesses meet current and future trends, and offer the public more reasons to visit the town during peak times.

Opposition to BID intensified last week with the creation of Coleraine Traders’ Consortium - a body that has secured the support of almost 200 businesses who feel the 2% BID levy they must pay until 2023 is “immoral”.

“BID is an unjust tax. Businesses are already heavily burdened with high commercial rates and with ‘Reval2020’ most traders will see a further increase in rates. A 2% BID levy on top of this is just crippling,” said a CTC spokesperson.

“We accept there is no quick fix (to the high street’s current problems) but we don’t believe BID is the answer. BID clearly isn’t working but we have to pay for the privilege of it.

“We have a petition opposed to BID and, despite not getting around all of the businesses in Coleraine, have already secured the signatures of more than 180 traders,” they added.

BID Manager, Jamie Hamill, has defended the initiative and has called for patience as more plans are due to be announced in the coming weeks.

“We understand this is a relatively new concept for Northern Ireland but all change takes time,” he said.

Writing about BID in the Chronicle, Donald McFetridge - a leading retail analyst - has warned that the picture locally is likely to get worse before it gets better. And as choice dwindles, more and more people are prepared to spend their cash elsewhere, he said.

However he did give qualified support to the BID initiative: “So town centres and town centre managers are faced with a huge problem: how do they attract shoppers back into them, and how do they get them to spend time there (dwell-time), and hopefully spend money too? The answer to that is not an easy one, but it seems to me that a BID should be an essential part of the solution, not the problem.”

*Read the special report and reaction inside this week's Chronicle.