RNLI in the frame for major cash windfall 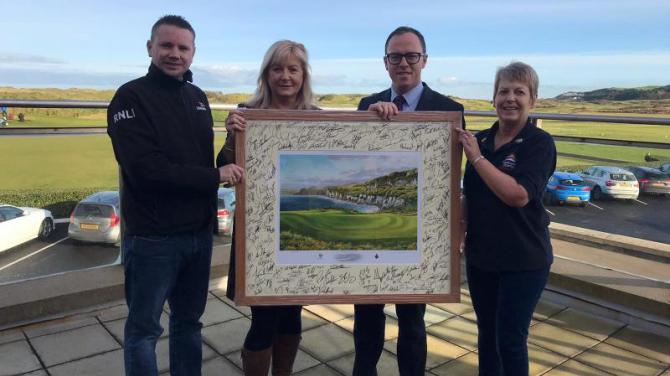 A RARE print signed by every competitor in 2019's Open Championship could raise thousands of pounds when it’s auctioned off on behalf of the RNLI later this week.

One of only two copies in existence, the painting, was donated to the charity by Royal Portrush Golf Club following the event in July.

The original painting by Steve Lotus was commissioned by the R&A to mark the Open's return to Northern Ireland for the first time since 1951.

It depicts the Dunluce links' iconic fifth green perched above Whiterocks beach with the famous cliffs and Dunluce Castle in the background.