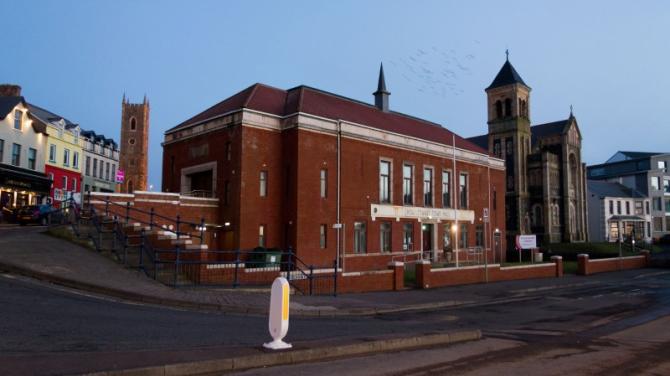 JOURNALISTS have been barred from reporting discussions surrounding ownership of Portstewart Town Hall as safety concerns, and the cost of repairing the 1930s listed building, rapidly mount.

On Tuesday members of the Corporate Policy and Resources committee were handed a report which identifies a risk to worshippers attending the next-door church should the town hall's crumbling facade collapse.

Councillors were being asked to approve emergency measures which included extending an exclusion zone around the building and shoring up walls with scaffolding.

However, when attention turned a long term solution, which according to one councillor may set rate-payers back £3/4m, the disputed ownership of the building inevitably was raised.