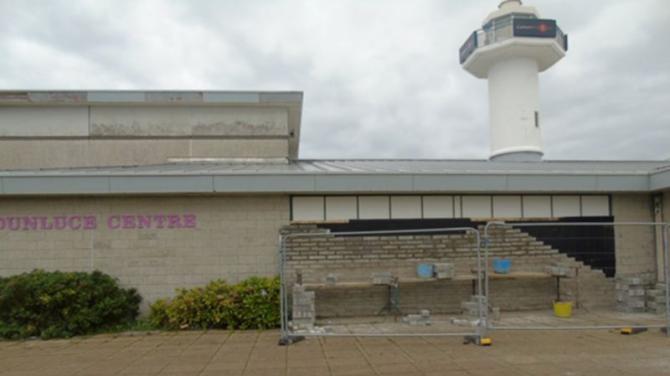 CAUSEWAY Coast and Glens Borough Council has been forced to take “extreme measures” to protect Portrush's Dunluce Centre from vandals.

The entertainment centre has been vacant since 2013 but is the subject of a multi-million pound revamp plans which include water slides, climbing wall and artificial surfing wave.

The proposal which won preferred bidder status for developers 360 Leisure has been stalled since the applicants indicted their intention to lodge plans for ‘phase two’ of the development which includes an accommodation block.

*Read the full story inside this week's Coleraine Chronicle.