On the trail of the elusive otter 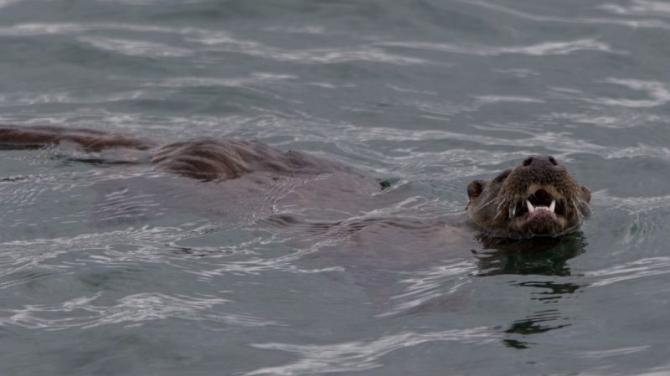 A POST-GRAD student is asking the public to help uncover secrets of one of the borough's most enigmatic creatures.

Coleraine man Owen Neely has embarked on a research project to chart the whereabouts of our elusive otters.

The 22-year-old Queens University graduate wants to compile reports of actual otter sightings and record traces left behind, including droppings and paw prints.

When he's done, he should have a clearer picture about the health of the animal's local population and the waterways they inhabit.

Owen is conducting the research as a placement student with Causeway Coast and Glens Heritage Trust.

As well as getting out and about himself, he will also be logging reports sent in from volunteers conservationists, outdoor activities groups and ordinary members of the public.

His problem is that otters are really difficult to spot.

“They are really elusive animals, but if there are any sightings, we want to hear from them,” he told the Chronicle.

“They leave quite distinctive five-toe tracks, most often seen in mud or sandbanks on the river edge. They are different from dogs which only have four toes.”

Other clues of otters’ presence are their droppings or ‘spraints’ as they're known to naturalists.

“You could describe it as like black tar, that goes grey over time,” explained Owen

“You are likely to see it beside rivers. It's how they communicate with each other so if you see it there's bound to be an otter nearby.

“People can also look out for otter ‘holts’ or dens. They are bigger than a rabbit hole and usually beneath tree roots. The otters seem to like oak and sycamore trees for some reason.”

Inland, otters are found along riverbanks and are equally at home in the water as on land.

They are dark brown with a flash of white on their throats. Their long tails and webbed paws help them move quickly through the water. Sharp claws allow them to catch prey

Their prize catch is salmon, but they also eat frogs, frogs eels and other fish.

“Their presence gives an indication of the health of rivers,” said Owen. “They can't live in a polluted river with no fish in it.”

Recent surveys have shown that the Roe and Foyle river catchment areas still have good otter populations but Owen says there have also been recent sightings at the Bann estuary, Mountsandal forest and around the coast.

His research will be concentrated on local Areas of Outstanding Natural Beauty administered by the Trust: Binevenagh, the Glens and the Causeway Coast

His conclusions will feed into a much bigger project.

“Its about getting a clearer picture of the otters’ presence and there will be a report at the end of the year.” he said.

If you spot an otter or signs of the animals’ presence you can email owen at: research@ccght.org or contact him on Causeway Coast and Glens Heritage Trust's Facebook page.