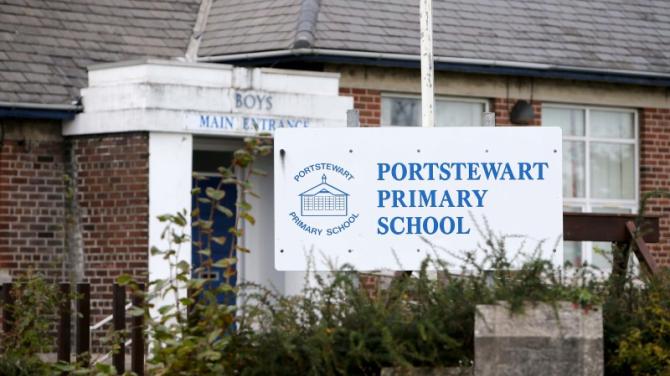 PORTSTEWART Primary School is set to reopen tomorrow (Wednesday) after a deep clean had to be carried out throughout the school building.

A bout of vomiting and diarrhoea hit the school last week with around 45 parents, pupils and members of staff believed to have been affected by the norovirus, which is more commonly known as a vomiting bug or the ‘Winter Bug’.

In a statement, Portstewart Primary School said: “I write to inform you that the school is currently experiencing an increase in the number of children with symptoms of diarrhoea and vomiting illness.

“We are working with the Public Health Agency to minimise the risk of spread of the infection within the school.”

Stay at home and save lives