Prince shows up at Royal Portrush 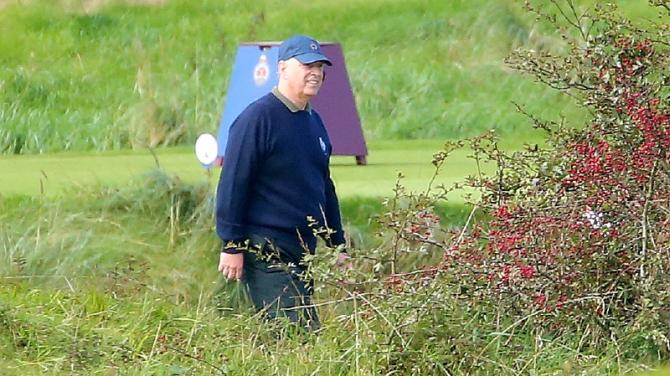 THE Duke of York attended a junior golfing competition at Royal Portrush yesterday (Monday) despite speculation that he might not turn up.

Prince Andrew arrived at the clubhouse yesterday morning before touring the course which recently hosted The Open.

There were reports that Royal Portrush’s committee had been warned that it would be inappropriate for the prince to attend the four-day event, amid concerns it would attract negative media attention as a result of the controversy surrounding abuse facilitated by the Duke's late friend, paedophile financier Jeffrey Epstein.