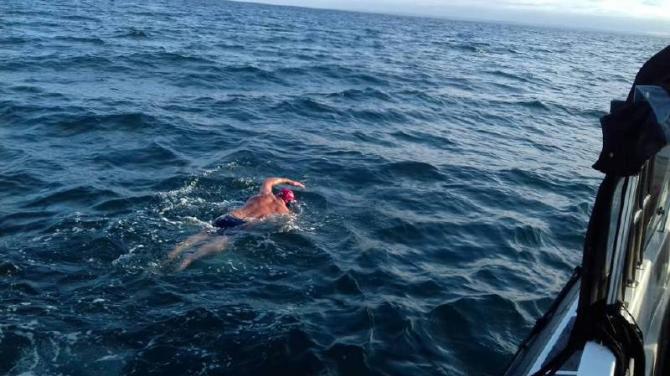 A BIG-HEARTED Coleraine businessman has swam the North Channel to raise funds for the Northern Ireland Children's Hospice.

Gavin Smyth, who is Managing Director of Autozone, and four team members took the plunge from Donaghadee on Sunday, with their sights set on reaching Portpatrick in Scotland the same day.

The gruelling 21.5 mile swim has already raised £8930 with donations still flooding in.

Father-of-one Gavin, who lives in Portrush, swam in relay along with Neil Finch, Debbie Smyth, Caroline Boyle and Jeff McCormick from the ABC Swimming Club in Portrush.

The Northern Ireland Hospice is the only service of its kind in the Province caring for more than 300 children with life-limiting and life-threatening illnesses.

Donations can still be made via the Autozone Coleraine Facebook page.

* For full story and photos see next week's Coleraine Chronicle.