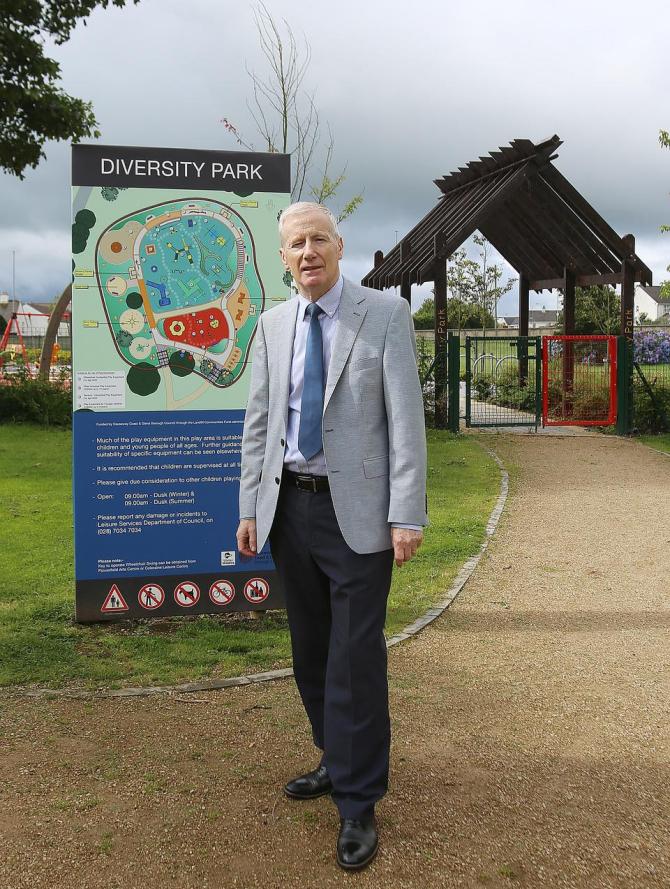 THE Diversity Park in Portstewart has been nominated for a national award.

The Park, which opened in 2016 has been nominated in the Fields in Trust UK’s Best Park 2019 award.

The organisation contacted local MP Gregory Campbell to inform him that Diversity Park in his constituency has been nominated for the UK’s Best Park Award.

Mr. Campbell is encouraging constituents to support the Park in a UK-wide competition organised by the green space Charity, Fields in Trust.

“Fields in Trust is a UK- wide charity that legally protects parks and green spaces in perpetuity.

"The UK’s Best Park Award recognises the role that parks play in our communities, supporting mental and physical health and bringing people together.

"Nominations for UK’s Best Park 2019 include small community gardens and large nature reserves, sports fields and playgrounds; each green space valued by its community and nominated by the regular park users who love to walk, run cycle ,relax picnic and play with their children in the UK’s parks.

"There are 17 nominations from Northern Ireland and some of them are extremely well known so it is very important that people cast their vote, as I've done, for the Diversity Park in Portstewart.

"At the conclusion of voting the park with the most votes in each of Northern Ireland, Wales, Scotland and England will be shortlisted with the UK’s Best Park 2019 announced in mid September.

"I would encourage everyone to vote for the excellent and popular Portstewart nomination which is enjoyed by children of all abilities. Voting is done at www.fieldsintrust.org/best park/northern-Ireland until noon on Monday 19th August.”