'I could die if this goes wrong' - Rodd Hogg 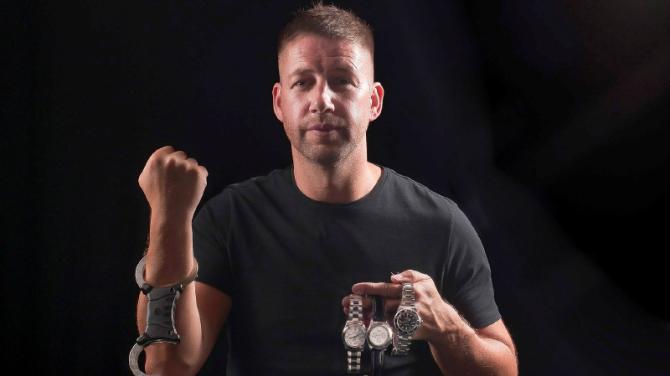 THIS weekend, Stendhal Festival-goers are in for a treat as one of Northern Ireland’s most sought after professional magicians is set to perform ‘the biggest stunt’ of his career in front of an expected 10,000 people.

Born and bred in Aghadowey, magic man Rodd Hogg, 40, will take to the main stage for the very first time at the popular festival.

Also known as the only professional pickpocket in Northern Ireland, Rodd travels all over the world and has performed for many celebrities and sports stars including Carl Frampton, Rory Best, and Brendan Rodgers to name but a few.

Speaking to this paper, Rodd expressed his excitement about his first visit to the upcoming event but remained tight-lipped about the stunt which he believes is sure to blow everyone’s minds.