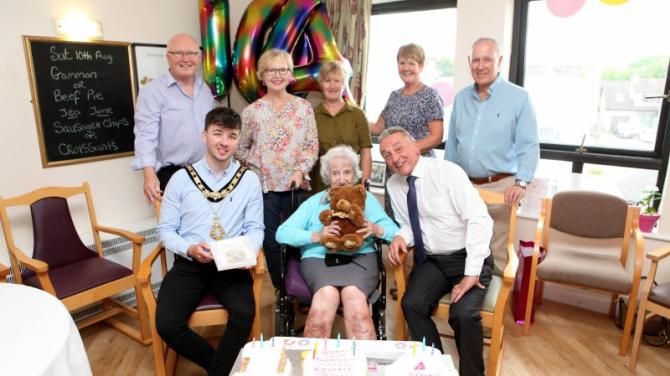 CIVIC dignitaries including the mayor were among those who wished Madelyane Court resident Beattie Taylor a happy 104th birthday on Saturday.

Beattie was born in a year when King George V was the monarch and Henry Asquith was the Prime Minister.

Women still did not have the right to vote and the suffragettes were active.

Houdini was thrilling people with his escapes from a straitjacket and Charlie Chaplin’s film ‘The Tramp’ was released. Everton F.C. were league champions.