Portrush Flyer back on track with new 'tyres' 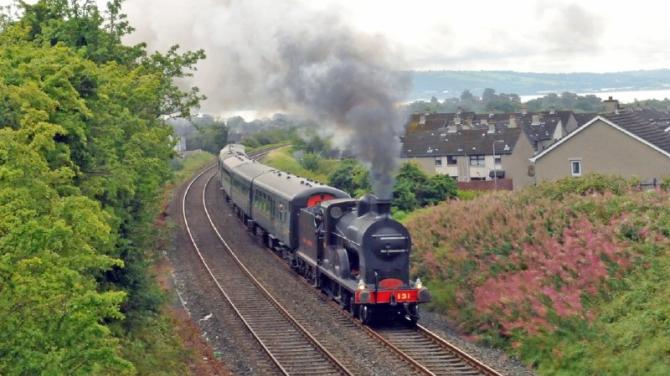 THE world-famous Portrush Flyer steam train is back on track this summer, complete with a new set of 'tyres'.

This year ferrying passengers from Belfast for a series of Sunday day trips to the north coast seaside resort will be made easier following a historic project just completed by the Railway Preservation Society of Ireland.

A team of dedicated RPSI volunteers spent six months replacing the 12 tyres on the train.

This procedure was once standard practice in railway workshops, but with the demise of the steam locomotive it's now rarely carried out.

Until this year it had not been done in Ireland since the 1960s, but in January the process to replace the preserved steam locomotive No.4's tyres began in the society's workshop at Whitehead.

The Portrush Flyer will be running on Sunday, August 11 and Sunday, August 18. Tickets are available from Belfast Welcome Centre or online from www.steamtrainsireland.com