Book set in Coleraine has been launched in Canada 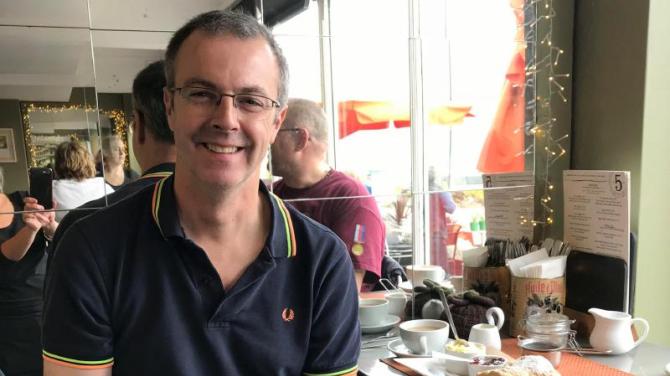 A BOOK set in Coleraine has been launched more than 4,000 miles away in Canada.

Coleraine town centre, Castleroe, the town's council offices, Portstewart Baptist Church and Mussenden Temple all feature in ‘Moon Dancing Volume One’, a fantasy thriller based on two clans of werewolves.

Set in 2008, the gripping story penned by Irish author Iain McLachlan starts in Belfast but is centred mostly around Coleraine.

One of the characters is a journalist called Cara-Marie McKenna from the smaller of Coleraine's two newspapers ‘The Coleraine Herald’.

The author, who lived in Portstewart but now has a home in Lisburn, travelled to his book launch last month at New Westminster's Anvil Centre in Vancouver.

*Read more on Iain McLachlan's story inside this week's Chronicle.