A special day for 'Wee Johnny' 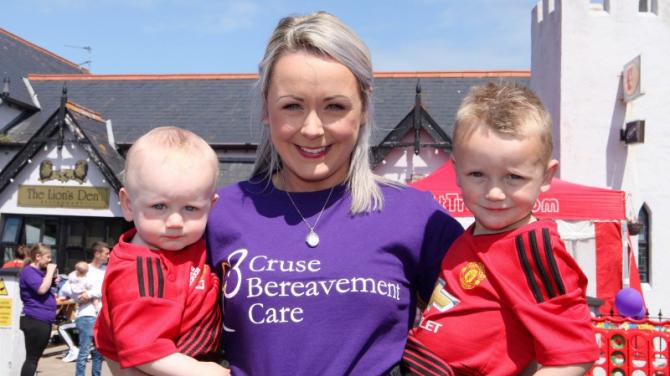 A FAMILY fun day to celebrate the life of “a doting daddy” has raised over £9,500 for the charity helping his heartbroken widow to cope without him.

Just four months after Johnny Scott's life was cruelly cut short by a road accident between Coleraine and Articlave, his wife Lisa pledged to raise funds for Cruse Bereavement Care who have supported her during her “unbearable journey.”

The charity fundraiser was staged at The Village Tavern in Articlave on Saturday, July 6, where 'Wee Johnny' spent his final hours watching football with his family on February 24.

Mum-of-two Lisa, who lives in Coleraine, said: “Since Johnny died I’ve had a real urge to help people like myself.

“Everyone will lose someone in their lifetime and the support that Cruse offers is so important to those left behind. It has helped me massively on this unbearable journey," Lisa added.