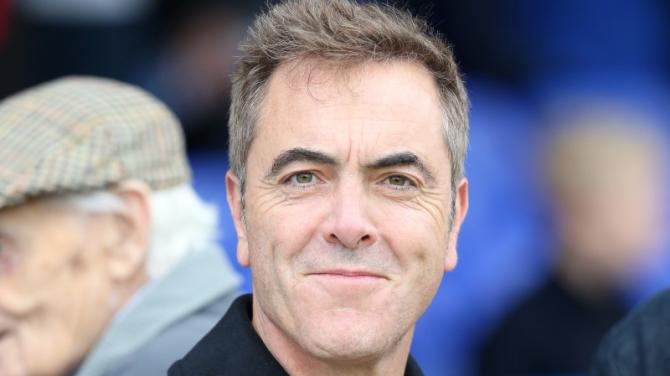 THE Planning Appeals Commission has criticised a property company, owned by TV star James Nesbitt, for failing to amend plans for a luxury house in Portrush until the last minute.

The comments accompanied a ruling in Nesbro Ltd's favour against the Council's decision to refuse planning permission for a home in one of the resort's upmarket streets.

The appeal was upheld on condition a window overlooking a neighbour's house was reduced in size.

However the PAC ordered the firm to pay costs of both the council and the neighbour whose privacy was at stake.

The commissioner said that in persisting to seek approval for the window and waiting to the appeal stage to submit a revision, NESBRO had “failed to behave in a responsible, cost conscious manner.”

The grounds for the criticism are however disputed by the applicant's agents who insist the agreed solution was proposed at an earlier stage but dismissed by objectors and council planners.

The proposal was originally lodged in 2016 by a London-registered property company of which Mr Nesbitt is a director and majority shareholder.

A family next door objected to a first floor bedroom window overlooking their property. And, according to PAC documents, planners asked the agents to consider removing the window or install it at high level.

The plan was approved in September 2017 when the applicant submitted drawings which removed it completely.

However, with the building then under construction, a second application was lodged in 2018, updating the design to include a first floor balcony, a rear extension at first floor level and the re-introduction of a first floor bedroom window to the rear elevation.

Construction was completed late last year, before the application was processed despite correspondence from planners expressing the “consistent view that the window was contrary to policy.”

In December 2018 Members of Causeway Coast and Glens planning committee voted to back their officers' recommendation to refuse after hearing all three design amendments had been adopted in the finished dwelling.

Councillors were told the window had been installed, despite the applicant's personal assurances that plans would be altered.

Refusal prompted an appeal to the the Independent Planning Appeals Commission and last week the issued a ruling in Mr Nesbitt's favour.

The PAC acknowledged the house had not been built to plans submitted in 2017, but said it would be acceptable if a smaller window, proposed by the developer is installed.

The new window should also be almost 2m above the bedroom floor level in order to address the Council's concerns about unacceptable direct overlooking of the neighbour's patio.

“It would also address concerns about the uninterrupted clear views into the kitchen and family room,” stated the ruling.

The Commission gave the applicant six weeks to remove the offending window and replace it with a smaller, higher version.

In a statement, the applicant's agent Matrix planners said: “Previously a high level window was discussed with the Council, but it was deemed unacceptable by the third party objectors, so was not pursued further. They wanted no window at all.

“The Commissioner had the following options available, which could be secured by condition: 1, obscure glazed window, which was refused permission; 2, high level window submitted in our Statement of Case; 3, no window at all.

“The Commissioner, elected to grant permission for the high level window on the basis of the Councils comments, rather than consider the implications of the obscure glazed window.

“This does appear to seek to penalise the appellants for considering all the alternative options to remedy the matter.”