Flags 'embarrassing' as The Open looms 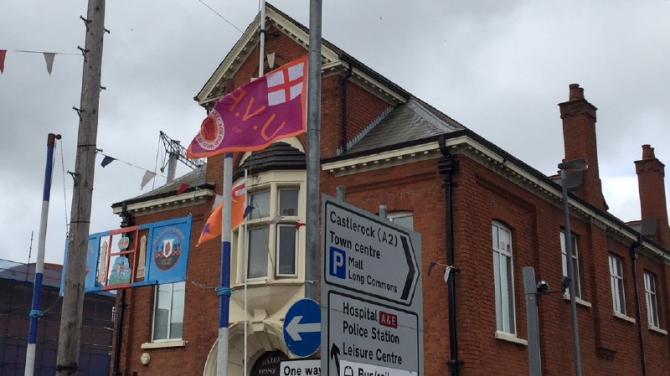 JUST days before The Open Championship focuses worldwide attention on the borough, calls for the removal of paramilitary flags have been issued.

Supporters of both the UVF and UDA have erected flags in the streets surrounding Coleraine's main shopping area.

MLA John Dallat said: “The appearance of paramilitary flags is embarrassing and a challenge to the vast majority of people who want to present Coleraine in a positive manner.

“The forthcoming Open Golf Championship presents a unique opportunity for Coleraine to project itself in the eyes of the world as a modern progressive geographical area on the north coast of Ireland worthy of visiting, bringing investment to and all to create jobs and prosperity.”

Mr Dallat went on to suggest the flags were highly damaging to commercial activity in Coleraine.

“These businesses need every single shopper they can get over their doors and that is more likely when there is a neutral environment which projects a positive message about Coleraine.”