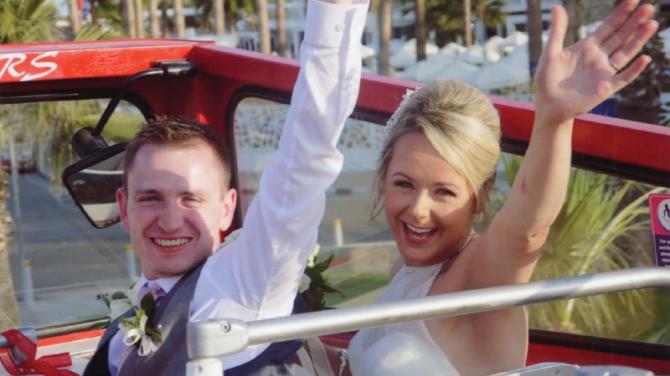 THE heartbroken wife of “a doting daddy” whose life was cruelly cut short by a road accident in February is raising funds for the charity supporting her during “this unbearable journey.”

Four months after her 33-year-old husband Johnny Scott was fatally injured between Coleraine and Articlave, mum-of-two Lisa Scott is holding a fun day to celebrate his life.

All proceeds will go to Cruse Bereavement Care.

The charity fundraiser will be staged at The Village Tavern in Articlave on Saturday, July 6, where 'Wee Johnny' spent his final hours watching football with his family on February 24.

From 12.30pm until late activities will include a barbecue, disco, karaoke, raffle, pool, darts and five-a-side football competitions.

There will also be a kids' disco, face painting, a bouncy castle and Treasure Island Bus.

Lisa, who lives in Coleraine, said: “Since Johnny died I’ve had a real urge to help people like myself.

“Everyone will lose someone in their lifetime and the support that Cruse offers is so important to those left behind.

“It has helped me massively on this unbearable journey," she said.

*Read more on this inside this week's paper.