'I just miss him so much' 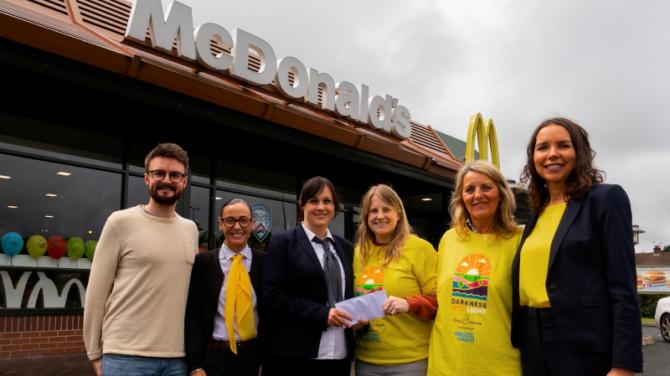 A COLERAINE woman, who lost her brother almost six years ago, has urged those suffering in silence to come forward and talk to someone rather than contemplate suicide.

Local lady Tracey McDowell has been directly affected by suicide as she lost her brother Stephen in September 2013.

It was a life-changing ordeal for Tracey and her family but recently they wanted to give something back.

Tracey, her sister Charisse, and work colleagues from McDonald's in Coleraine wanted to make a difference.

Through their efforts, they raised £350 for the ‘Darkness into Light’ project which aims to tackle suicide and self-harm. Tracey says that taking part in the walk, which was staged last month, helped her realise that there are many families who have had their lives torn apart by suicide and she hopes that by raising awareness for the campaign, people's lives can change for the better.

Speaking to the Chronicle, Tracey said: “Up until that I had never taken part in anything like Darkness into Light.

“It was great to see the project coming to this area because I had heard so much about it and after I mentioned it to my sister we both decided to take part.

“From that my work colleagues also came along with us and it was fantastic, it was comforting to see such huge support for a fantastic project,” she said.

*Read more inside this week's Chronicle.