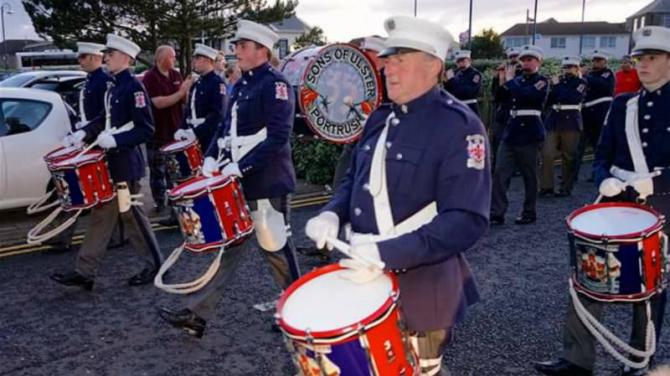 LOCAL Loyalists have agreed a “compromise” over a parade in Portrush which this year clashes with the Open Championship.

Last year 48 bands turned out for the event which takes place annually on the first Saturday after the Twelfth.

However, with thousands of golf fans in town and car parks out of bounds for the duration of the tournament, the bandsmen have agreed instead to hold an “outdoor concert” in Station Square limited to six bands.

Billed as “a celebration of marching bands” the event will run from 6.30pm to 9.30pm followed by a single-band parade back to the town's Orange Hall.

“This is a decision that has taken us several months to come to, as there were many factors to take into consideration,” said a spokesperson for Portrush Sons Of Ulster on social media.

“The main reason being is that all car parks in the town are occupied, because of The Open.

“We had 48 bands in attendance last year and there is simply nowhere available to park cars or buses.

“It was important that we came to some sort of compromise and had something happening in the town on the date of our parade.”