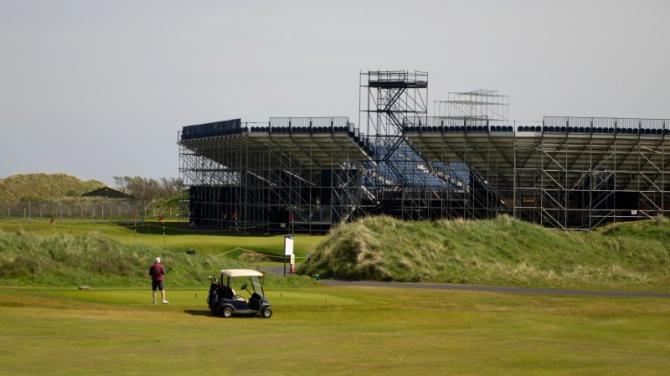 ANYONE who has driven in or out of Portush in the last two months won't have missed the transformation taking place on the golf course.

But the imposing grandstands, hospitality tents, media centre, scoreboards, and TV camera towers are only the final phase of a project that's been ongoing for years.

While on-site activity has now reached fever pitch - supplied by over 2000 articulated truck deliveries - planning began as a far back as 2012, according to the man who oversees construction of infrastructure at all Open Championships.

And, says Johnnie Cole-Hamilton, the R&A's Executive Director of Championships, it began by simply walking around the famous Dunluce links.

“We have to walk the course a number of times and try to imagine how the crowd are going to walk around,” he said.

*Read more inside this week's Chronicle.