Harry's Run in his dad's memory 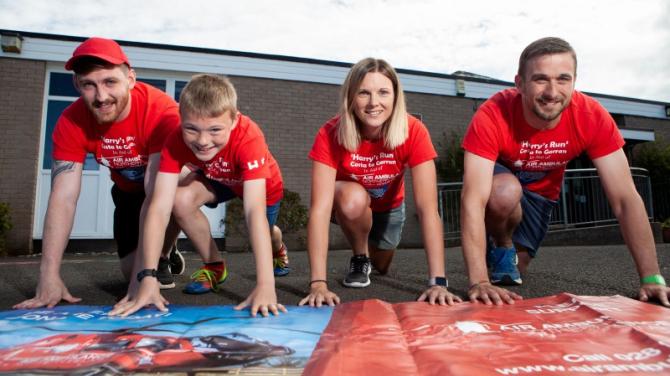 A FATHER'S legacy of love will live on when his son runs from Coleraine to his Garvagh school to raise funds for the charity which tried to save him.

Just months after keen sportsman Peter Smyth lost his life in a road accident at Drumcroon Road, on the outskirts of Coleraine, Harry Smyth is training for a 12km challenge in his dad's memory.

Ten-year-old Harry, who will be joined by his mum Caroline, Gorran Primary School Principal James Cleland and teacher Jonny McMullan, told the Chronicle how he misses his dad's hugs most of all, adding: “He was funny and made me laugh; dad was always helping people.”

Harry is now determined to follow in his dad's fundraising footsteps and hopes to boost the coffers of the Northern Ireland Air Ambulance as well as Gorran School, where his father attended and his grandmother Eithne taught.

'Harry's Run' will start at Costa coffee shop in the Riverside retail park at 11am on Saturday, June 1; a favourite weekend haunt where Harry and his dad spent precious time together.

Superfit Harry is aiming to arrive at Gorran School at around 12.15pm where he will be cheered over the finishing line by his eight-year-old sister Ellie, who is also a pupil there, along with their friends, family and supporters.

*Read more on this moving story inside this week's Chronicle.