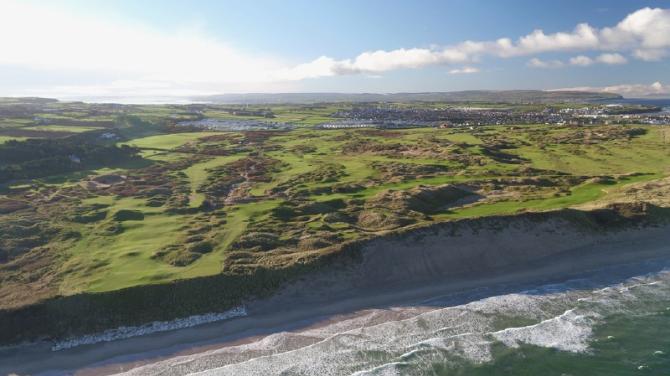 LAST year's DUP deputy mayor has criticised his party's decision to hand the mayorship of Causeway Coast and Glens to Sinn Fein in the year of the Open Championship.

Trevor Clarke, who lost his seat in local government elections earlier this month, said people were “understandably upset” his party had passed up the chance to appoint someone from its own ranks.

He wrote: “If the DUP had taken the role of mayor this year a representative of Unionism would have been the face of the borough and Northern Ireland on a global stage.”

Instead, he said, the limelight would be enjoyed by “a representative of Irish Republicanism.”

As the largest party in Causeway Coast and Glens Council chamber, the DUP were entitled to choose in which year of the coming mandate one of its members would sit as mayor.

It's understood the DUP have opted to make an appointment next year ahead of Northern Ireland's centenary celebrations in early 2021.