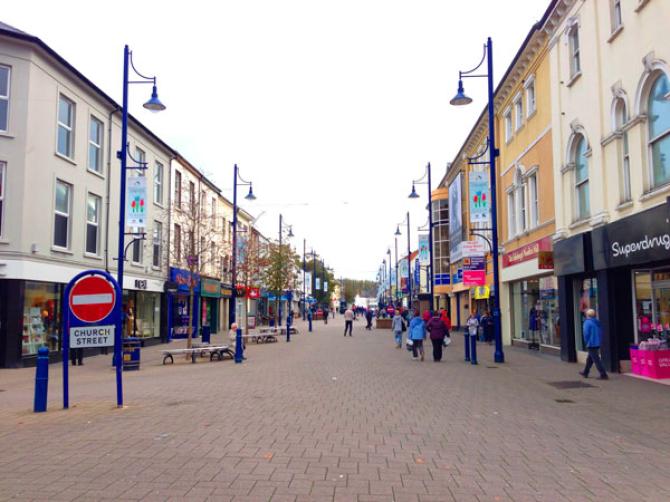 The local MLA was speaking after the removal of posters belonging to Ciarán Archibald, the Sinn Féin candidate in Coleraine.

“The removal of these posters on the eve of a loyalist band parade in Coleraine coincided with the erection of loyalist flags, including paramilitary flags, in the town,” she said.

“An official complaint regarding the theft of the posters has been made to the PSNI by the candidate and the paramilitary flags have also been reported.

“The theft of election posters is a criminal offence and a direct attack upon the democratic process.

“These criminal acts will inevitably lead to another wave of hate crimes later in the summer.

“Sinn Féin has a democratic and legitimate right to campaign, we will not be intimidated from bringing our message of equality, rights and Irish unity to the people of the Causeway Coast and Glens area.”

He said: “Why should this be inevitable? I call upon anyone involved in this activity to cease immediately.

“Do not play into the hands of Sinn Fein and their ‘always the victim' mode.”

Mr Watton said his own election posters had suffered a similar fate at the hands of “republicans”and he had refused to make a meal of it or accuse anyone of hate crimes.

He added that flags erected for band parades would soon be removed in accordance with agreements secured between himself and the bandsmen.

*For more on this see this week's paper which is now available in shops.