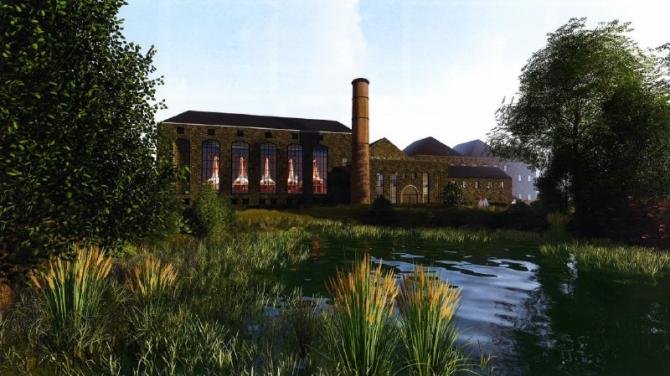 CAUSEWAY Coast and Glens planning committee is to consider an application from Old Bushmills for a brand new distillery.

The proposal includes a basalt-clad distillery, boiler house, cooling equipment and barrel store built in a style that reflects existing structures on the site.

According to Old Bushmills, feedback from villagers has been “extremely positive”.

“Attendees at the consultation event strongly welcomed investment in the distillery and liked the traditional design proposed by Old Bushmills,” said a report accompanying the planning application.

The architects say they took design cues from industrial heritage throughout rural Northern Ireland and have attempted to replicate buildings most associated with the brand.

The council officers' report to the committee reminds members the distillery has been “integral to the character” of Bushmills for the last 400 years.

The report adds: “The scale, nature and design of the proposed new distillery building will reflect the surrounding buildings on site at the present time.

“It involves quality materials and architectural detailing which is sympathetic and complimentary to the industrial site context.

The report concludes: “The Old Bushmills Distillery has a large annual turnover and is a major business in the Causeway Coast and Glens Borough Council.

“It is a high employer in the area and provides a tourist amenity for thousands of visitors annually.

“With the planned expansion of the distillery additional jobs will be provided for the construction industry and also full time jobs once operational.

Last year the firm secured permission for warehouses across 26 acres of farmland on the outskirts of the village for maturing its famous whiskey.

While that phase of the development encountered fierce opposition from a section of local residents concerned over the sheds' impact on the environment, the latest move attracted no objections

The final decision will be made by members of Causeway Coast and Glens Council's Planning Committee later this month.

And the firm prides itself on the fact that all stages involved in the production of Old Bushmills whiskey have historically taken place on site, claiming to be the only “grain to glass” distillery on the island of Ireland.

The distillery says its current operation contributes £3m a year in wages to the local economy with a further £2m going into the local supply chain.

It has already invested £70m in the last ten years and raised £14m for the first phase of the redevelopment and plans to spend another £30m over the remaining phases.

Old Bushmills said it did not wish to comment ahead of the Committee meeting on Wednesday.