'Daddy's Angels' take to the pitch 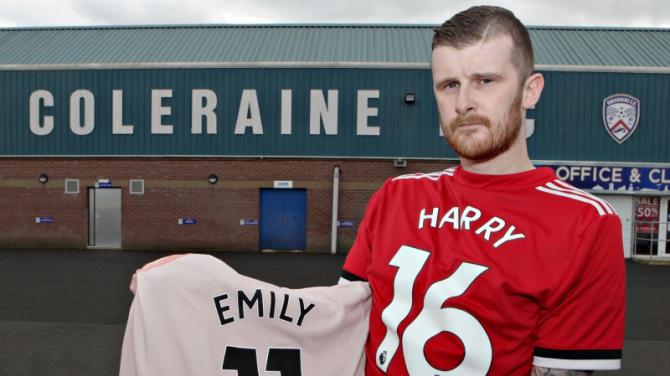 A CARING Coleraine man has organised a charity football game to raise awareness for bereaved dads who have suffered the loss of a child through stillbirth or neonatal death.

Mark Connor and his partner Hannah have experienced their fair share of heartache in recent years after the loss of of a child as recently as last year. He admitted that coping with such a tragedy can have a detrimental effect on a person's mental health and has proved to be a life changing ordeal.

The 34-year-old highlighted that it is often hard to overcome such devastation and, in many cases, fathers prefer to shy away from support and deal with matters their own way.

With the charity game set to take place at The Showgrounds in Coleraine on Saturday, April 14, Mark insists that he has been overwhelmed with the support so far.

All proceeds from the event are set to be donated to Causeway Hospital Bereavement Suite fund and Mark highlighted that he hopes that the charity match will be a sign of things to come.