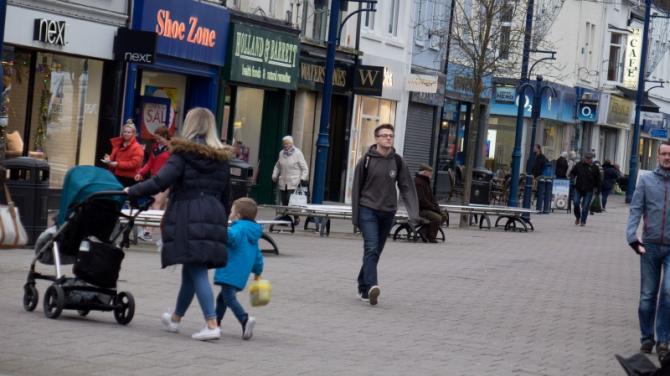 Cash-strapped Coleraine businesses are being threatened with ‘enforcement action’ by the Council if they fail to contribute towards a Business Improvement District (BID) partnership, a councillor has claimed.

A BID is a joint initiative between a local authority and traders aimed at improving a designated area and funded in whole - or part - by a levy on commercial ratepayers.

The UUP’s William McCandless told The Chronicle: “A BID process can only exist if it has a clear majority of business owners backing it.

“After being contacted by several who are extremely concerned about invoices they have received to support the BID process, I investigated the result of a voting process which showed that only 223 premises out of 616 eligible ones had supported the BID.

“This is hardly representative of backing for the BID but last autumn the Council issued a press release saying that Coleraine businesses had said ‘yes’ to being the eighth BID area through a voting process.”

He added: ‘I am still in favour of the BID but, like every good idea, the timing has to be right and it has to be explained, as well as sold, to ensure there is no doubt. In this case it is ill-timed and untenable.

“Perhaps some of the business owners didn't read the literature they had received; however this is a process which required clear engagement – no matter how long it took.