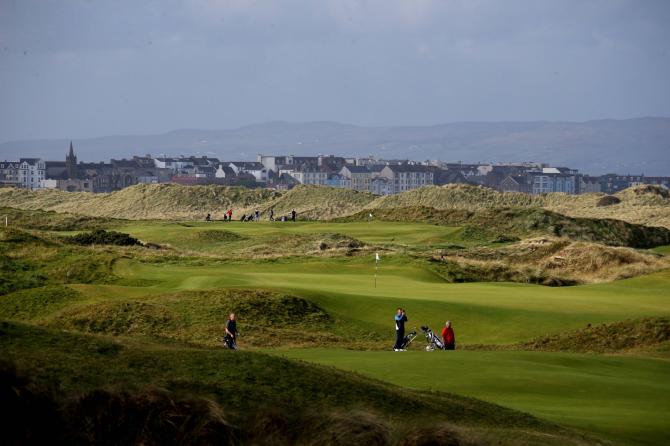 The R&A has revealed details of a cash package aimed at rewarding Portrush residents for coping with disruption during July's Open Championship.

The £100,000 Open legacy fund will be focused on supporting initiatives benefiting the community.

While the cash will be paid out by the R&A, it will be administered by the council which is currently in talks with golf and Tourism NI officials to develop a programme and mechanism for delivering the money.

Johnnie Cole-Hamilton, Executive Director of Championships at the R&A, told the Chronicle: “We are committed to ensuring that the local communities in which The Open is staged benefit from the success of the Championship.

“We are working with our partners to progress discussions on how funds may be allocated to support initiatives which will have a lasting impact on the local environment and communities in and around Portrush.

“We’ll look to announce further details once the framework for the funds allocation and distribution is agreed with the council.”

*Read more on this in this week's Chronicle.