'Unknown' baby to get permanent headstone 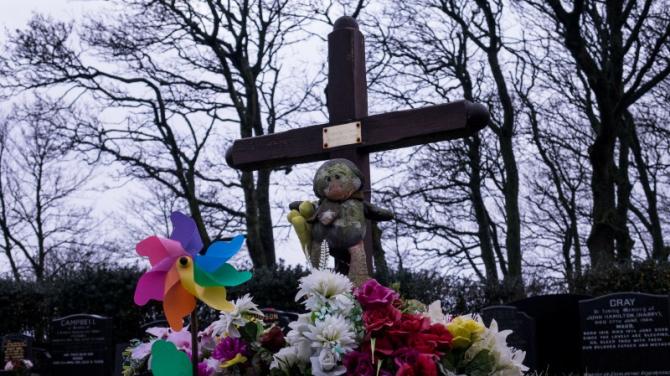 A Coleraine undertaker has stepped in after an appeal was launched to fund a headstone for an unknown baby whose body was found hidden under floorboards.

Hugh Wade agreed to engrave and install the memorial 10 years after workmen uncovered the infant's remains in a derelict building in Portstewart.

The tiny skeleton was wrapped in a faded copy of the London Evening Standard dated June 1935.

Despite an exhaustive investigation police were unable to establish the identity of the baby, the person who hid its body or even relatives of anyone involved.

Several months after the case was closed a funeral was held and the body interred in Portstewart's Flowerfield Cemetery.

The grave has been marked with a simple wooden cross ever since with the simple inscription: Unknown child, known only of God.

A campaign to raise funds for a headstone was launched by Portstewart man David Howes. He took to Facebook after passing the grave while walking his dog.

When a sum of £750 was reached they contacted Wades about having the headstone made. That's when boss Hugh Wade stepped in.

“We organised the baby's funeral at the time. Then we got a call from the people who were raising money for something more permanent.

“I said we'd do it free of charge. We like to think we are a part of the the local community so we felt it was something we had to do

“It was such an unfortunate incident. The baby was never identified and none of the family could be found. It's really quite sad," said Wade.

*Read the full story inside this week's Coleraine Chronicle.