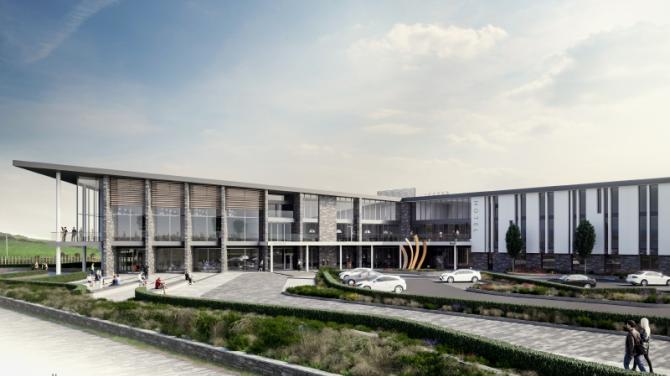 At least 100 construction jobs, paying nearly £300,000 in monthly wages, are on hold due to an ongoing challenge over a major new hotel and leisure complex in Portstewart, the High Court was told.

Counsel for the developer also claimed the local economy is being deprived of a further £200,000 a month anticipated from completion of the 4-star resort in Portstewart.

Donal Sayers disclosed the predicted figures as he stressed his client's frustration at the delays linked to the proceedings.

Plans include a 120-bedroom hotel, spa, holiday cottages, conference facilities and restaurant being built at the heart of the North West 200 race route on the Ballyreagh Road.

Permission for the hotel and leisure complex was first given in June 2017 but withdrawn after Mr Allister initially threatened legal action.

The North Antrim MLA, who has a home overlooking the development site, recommenced proceedings when Council representatives passed the planning application for a second time last year.

Another local resident in the surrounding area has joined him in mounting the challenge.

*For the full story, see this week's Coleraine Chronicle.