Construction completion is 'Quay' for the future 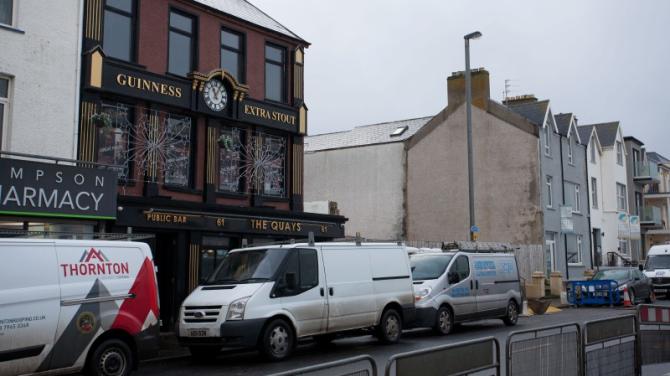 Expansion work to The Quays bar in Portrush will not be completed in time for The Open Championship coming to Royal Portrush Golf Club this summer.

Twenty two new hotel rooms are set to be added to the Eglinton Street site which is a popular haunt for both local people and visitors to the seaside resort and.

The planned expansion will take place to a derelict area which neighbours the existing public bar.

Last week news emerged on our website that the popular entertainment complex has received a £354,000 from a public scheme aimed at revitalising Portrush ahead of The Open Championship.

The planning application was initially passed by Causeway Coast and Glens Council planning committee on November 9 last year. It was originally hoped that the renovation work would have been achieved before the showcase golf event this summer but with work yet to be started, completion in time for the July showcase looks unlikely.

Simon Crawley, proprietor of The Quays Bar in Portrush told Chronicle News that he is “excited” for what the future has in store.

“This development has been in the pipeline for some time and eventually it is happening thanks to the Urban Development Grant we received from the Department of Communities,” said Crawley.

“The regeneration project is massive for us and we felt that there was no time like the present to get going due to the modernisation of the train station coupled with other public and private sector schemes,” Simon added.

“Unfortunately for us planning took longer than expected and as a result we will not be up and running for The Open Championship this summer but construction work is hoped in early spring.”