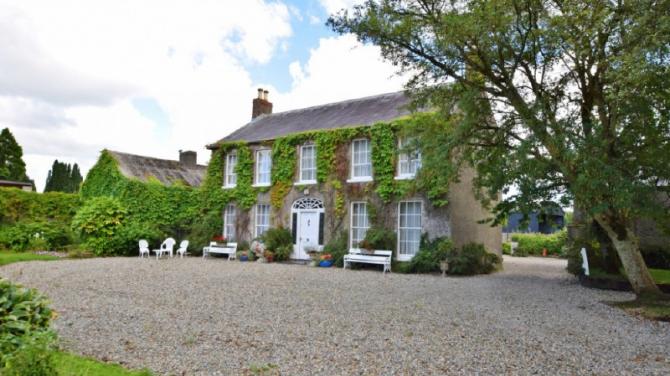 One of the borough's finest properties, with a history dating back to early Christian times, has been placed on the market.

Camus House, located three miles south of Coleraine on the western bank of the River Bann is believed to have been built in 1685.

But the main building comes with ruins of an ecclesiastical site that historians believe was in use centuries earlier.

The site is of “considerable antiquity”, according to heritage officials, and a Christian community is said to have been established there in the sixth century, not long after Christianity was introduced to Ireland.

Surviving in the churchyard beside Camus House is part of an early medieval high cross, said to depict the 12 apostles and probably dating from the late 9th to early 10th centuries.

A Cistercian abbey was founded by the O'Cahans, chieftains of the surrounding lands now known as County Londonderry, in around 1218, which was succeeded by a medieval parish church and graveyard.

The cemetery contains the family resting places of the Hemphill's, who built the current house.

The earliest tombstone was that of John Hunter inscribed 1693, according to records from 1830.

The house changed hands many times over the next 150 years but has always remained a family home. It was listed in the early 1980s.

According to selling agent Philip Tweedie, the property's sale offers a once in a generation opportunity.

“The property, which is a Grade B listed building, exudes character and personality that can only be found in homes of this era.

“The dwelling occupies an exclusive and private site being set back from the Curragh Road and across from the River Bann.”

*Read the full story in this week's Coleraine Chronicle.