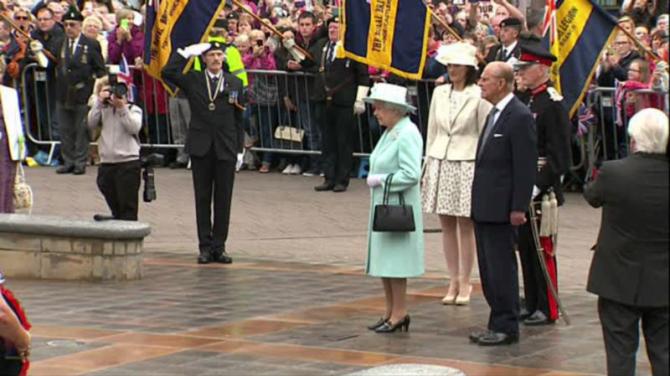 Local man Bill Mills has said that he was surprised to be included in the New Year's Honours List.

Bill has been recognised for his service to the community and the Royal British Legion and will receive a British Empire Medal (BEM) which is presented at an investiture at Hillsborough Castle by the Lord Lieutenant later this year, with an invitation to a Garden Party in London in the summer coupling the accolade.

Speaking to the Chronicle, Bill said: “I am delighted to have received the news and I was totally taken back by the letter I received from the Government.

“I am the President of the Royal British Legion Coleraine Branch and I work closely with the Northern Ireland District council.

“It is working with other people, not just for myself and the award shows I can work with the council and everybody else.,” he added.

With a background in a role which can be associated to the Royal British Legion, Bill said that it is an honour to receive a British Empire Medal.

“I joined the military in 1967 and served up until 1992 and then settled here in Coleraine and I became involved with the Royal British Legion,” he said.

“I was surprised I am proud of the achievement because it is a massive accolade to be involved in the New Year's Honours list.”

Bill continued: “Basically I am just a normal guy and I intend to carry on my work within the community and keep doing what I am doing.”

Often British Empire Medals, or the ‘working class gong’ as they are also known, are awarded for a ‘hands-on’ service to the local community. This could be a long-term charitable or voluntary activity, or innovative work of a relatively short duration that has made a significant difference which is an identifiable reason for Bills award, due to his continued work within the local community and the Royal British Legion.

*For more on this, see this week's Coleraine Chronicle.