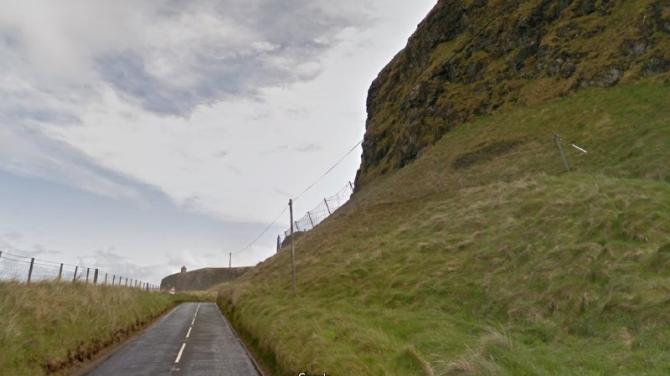 ROADS chiefs have warned that a risk of rockfalls on the coast road can never be entirely eliminated.

The admission came after boulders dislodged from cliffs near Downhill crashed onto the Seacoast Road last week.

The incident prompted calls from MLA John Dallat for a tighter regime of inspection to ensure the danger to motorists and train passengers was kept to a minimum.

In response a Department for Infrastructure spokesperson said: “‎The Department is very aware of the potential for rock falls along sections of the A2 Coast Road and already has a regular inspection regime in place to manage this risk.

“It does need to be recognised that the entire Coast Road faces ongoing challenges as it is vulnerable to storm damage and coastal erosion, and even with regular inspections the potential for rock falls cannot be completely eliminated.”

He said: “It is particularly important that these cliffs are surveyed on a regular basis to prevent a repeat of the derailment of the Derry to Belfast train in 2009 when a giant bolder bounced onto the roadway and then onto the track causing a serious incident where several passengers were injured.

“Following the derailment much work was done to identify other loose rocks and nets were attached to the cliff face.

“The current rock dislodgement happened a little bit further along and certainly endangered motorists who were travelling between Coleraine and Magilligan, many of them tourists.”