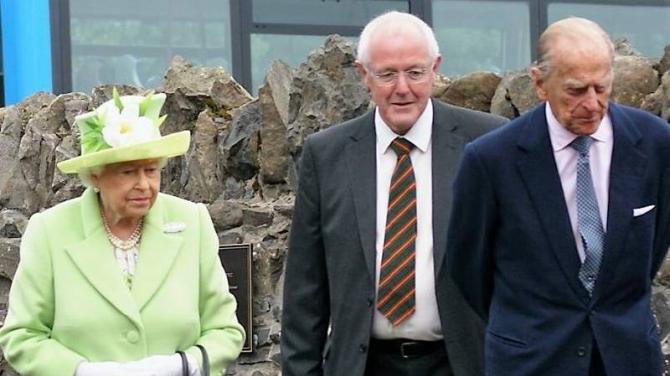 The former headmaster of Coleraine Academical Institution Mr Quigg said he was “delighted” to receive the award for ‘services to the community in Northern Ireland’.

He and others campaigned tirelessly for four years, raising £70,000 to get the sculpture of his illustrious relative put up in Bushmills.

Writing a book himself to help raise funds for the project, he described the Queen's visit to Bushmills for the unveiling in June 2016 as one of the highlights of his public life.

Speaking to the Chronicle, Mr Quigg said: “It is a great honour and I am delighted to receive the award. I suppose there might be thousands of others more deserving than me but it’s always nice to be recognised and it's a very exciting thing to happen.”

Since he retired 11 years ago Leonard has been involved in a lot of voluntary work.

He is heavily involved in Drumtullagh Church of Ireland near Mosside, where he has been treasurer for 40 years. “I am on the Board of Governors of Sandelford Special School and it is a great privilege to be involved in that special school,” he said.

Leonard continued: “For four years we had the Robert Quigg VC Commemoration Society in Bushmills and I got roped into being chairperson as I had the Quigg name.

“As a committee we worked well together, raising £70,000 to get the statue put up. It was a privilege to work with the people on that committee as it was with so many other people.

“It was a wonderful thing to be involved in and when the Queen came over for the unveiling, it was a great day for Bushmills and the highlight for me personally.”