Joining forces in a bid to save lives in Articlave 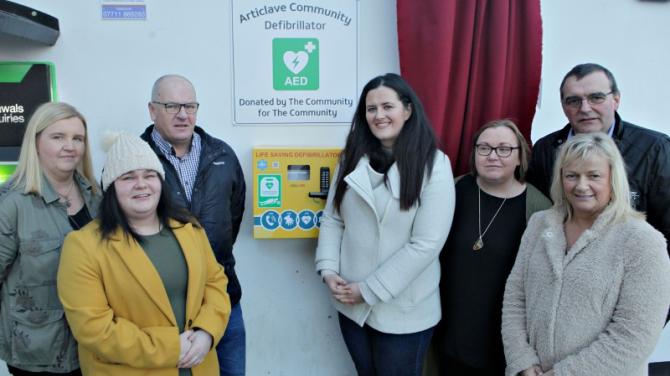 RESIDENTS in Articlave are celebrating after raising more than £5,000 in a month to purchase two life-saving defibrillators for the village.

The dream began with six local people sitting around a table in October and deciding to raise £2500 by February or March next year. But they have already hit their target.

A spokesperson said: “Little did we know that, with the support of the community, we would have just over £5,000 within a month.”

The overwhelming support has enabled the group to buy a defibrillator for outside the village shop Costcutter and another for the Church hall at First Dunboe as well as a 10 first-aid bags for local organisations.

In the New Year the group will be providing free first-aid awareness courses for everyone who would like to take part.

The spokesperson added: “We would like to thank everyone who helped in any way to raise this money and wish everyone a Merry Christmas from The Articlave Community Defibrillator Group.”