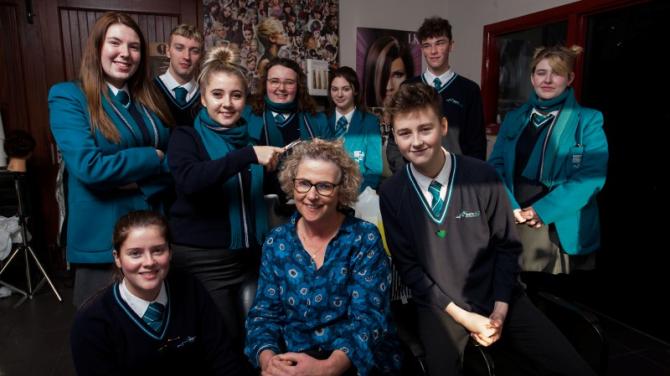 A SPIRITED school principal is planning to have her head shaved in front of her pupils to raise funds for a cause close to her heart.

Angela Passmore, who has just been appointed Head Teacher at Coleraine's North Coast Integrated College, will ‘Brave the Shave’ for Macmillan Cancer Support at the school's Christmas Fair on Thursday, December 6.

The mum-of-five has her sights set on raising at least £1,000 in memory of her parents Patsy and Leo Casey who both died from cancer.

Angela, who lives in Portstewart, told The Chronicle how her father had died on Christmas Eve 25 years ago at the age of 62 and her mother had passed away seven years ago when she was 82.

When her niece Claire was diagnosed with cancer in September this year, Angela decided to do something dramatic to raise awareness and money.

Following surgery to remove a tumour, Claire is now on the road to recovery.

Angela, who was acting Principal last year and Vice-Principal for 14 years, joined the school in 1997.

Donations can be made by visiting: https:/bravetheshave.macmillan.org.uk/