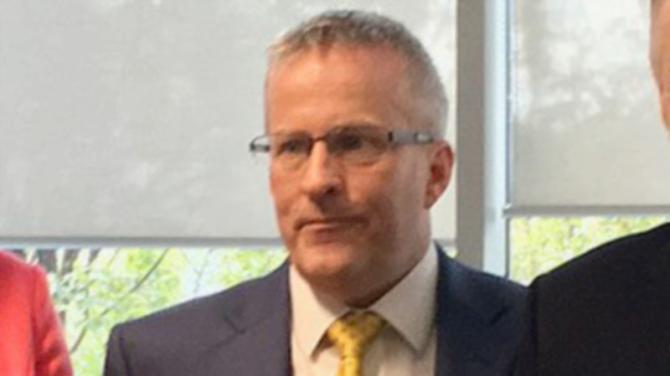 ULSTER University's vice-chancellor has voiced frustration at local politicians’ apparent refusal to accept assurances over the future of Coleraine’s campus.

Professor Paddy Nixon said complaints about potential course losses to Belfast and Derry were “deeply parochial” when the real problem was a multi-million pound budget shortfall that can not be addressed while Stormont remains deadlocked.

And the result is an inevitable reduction of student numbers across all campuses, he said.

But he insists the university is committed to three vibrant campuses.

In a wide ranging interview with the Chronicle, Prof Nixon also acknowledged a “town and gown” connection had never fully developed in Coleraine.

But, he suggested responsibility did not rest solely with the university.

He was speaking after MP Ian Paisley challenged him to deny that Coleraine's campus was being “run down” at the expense of facilities in Belfast and Derry.

Concern has been growing since November 2017 when Prof Nixon warned he had insufficient funds to maintain the university's multi-campus structure.

Since then, the transfer of health sciences courses to Coleraine has been halted and, earlier this month it emerged that media studies course are to be transferred to Belfast.

So, doesn't that means politicians’ concerns are justified?

“If you focus on one thing it looks like we are going backwards. But if you focus more holistically we are actually increasing the number of students through other sources,” said Prof Nixon.

*Read more on this inside the Coleraine Chronicle.