Robert was 'best I ever seen' admits Beckett 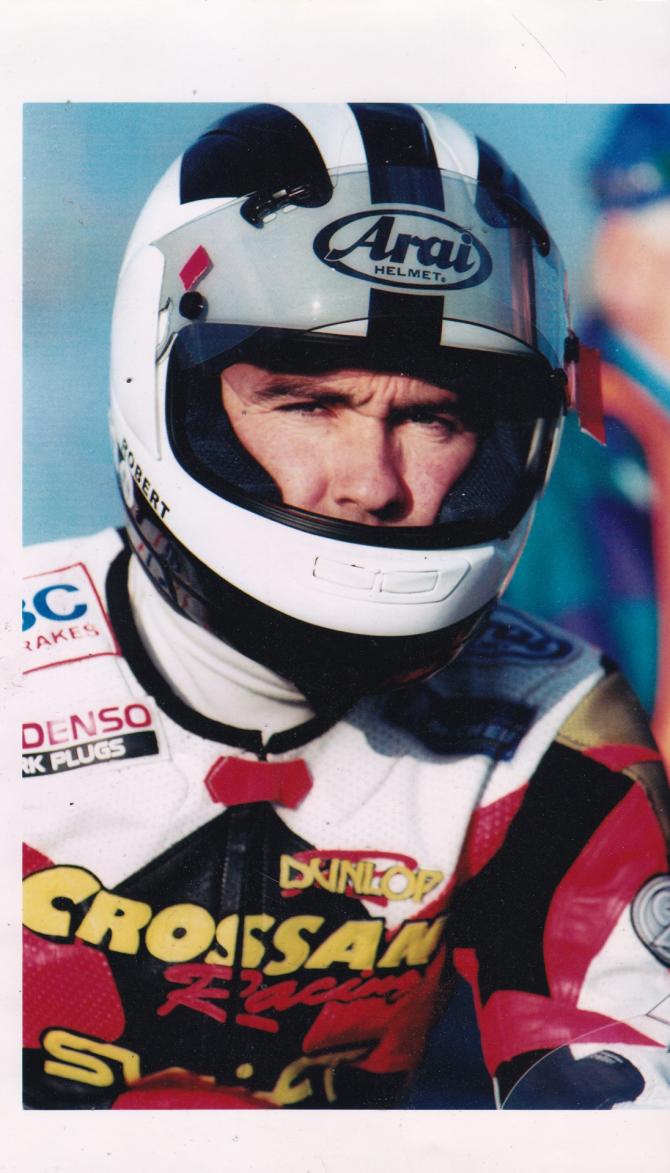 Beckett reminisces on the success of Dunlop dynasty

IN terms of personalities in sport, they do not come much bigger than Ballymoney’s Liam Beckett.

Whether it is Irish League football, bikes or even boxing, Beckett is a fountain of knowledge.

If truth be told, however, Liam has a soft spot for road racing.

It is something he never hides or shies away from and, by his own admission, he is simply a ‘Dunlop man.'

The 67-year-old has enjoyed a lengthy association with the sport and, in particular, the North West 200.

During the glory days of the famous Dunlop dynasty of the nineties, Liam was Robert’s right hand man. The man, who picked him up after a fall, celebrated a wealth of success and also provided the nurturing support when times were tough.

Beckett admits that he has witnessed many triumphs at the North West 200 and continues to do so until this day in his punditry role with BBC Sport NI, but he insists that there is something that little bit special witnessing a Dunlop climb on to the top step of the podium on race day.

With the stage almost set for the historic anniversary celebrations, Beckett explains that the North West 200 is an event which is close to his heart.

“The North West is the first International road race of the year and I suppose we call it our local road race because it is only 12 miles away from me here in Ballymoney," he says.

Liam is of a different vintage – a time when there were no fancy lorries or corporate tents - but that is how the event has evolved over the years.

The North West 200 is now a worldwide spectacular which attracts an audience from all four corners of the globe.

But, despite the changes, Liam is still an avid supporter of the event.

“I am old school and I sort of preferred how things used to be but you have to move with the times and I believe the changes we see nowadays have been made for the good,” he argues.

“There is a very proactive team at the North West 200 who always strive to improve.

“Rider safety is paramount, particularly in road racing, but with the changes I think you lose a little bit of identity as well.

“Back in the day when the paddock was grass you used to park up and work out of the back of the van. Those were the good old days and the frying pan was never far away.

“In the old days, if you saw a few people gathered at the back of a van you knew it was a Dunlop's van or Phillip McCallen, Brian Reid or some of the top riders from that era."

In recent years, Alastair Seeley has become the man to beat around the North West circuit.

The Carrickfergus rider has 24 wins and counting, surpassing the late Robert Dunlop’s longstanding record of 15 victories around the Triangle circuit.

Memories which Beckett insists he will cherish forever.

“There were so many magical times and, obviously, Robert had 15 wins around the North West," continues Liam.

"Robert was by far the best that I had ever seen around the North West.

“I have lots of great memories of us together.

"There were a few nights that we went and had a few beer. I am not a drinker, but Robert liked a pint and was entitled to one after a good day at the North West.

“Robert was in a class of his own around there and I think the circuit suited him perfectly. He put so much work and attention to detail into his preparations for the races.

“To win in every class in the same day separates the great riders from the ordinary ones and he was the best I ever seen."