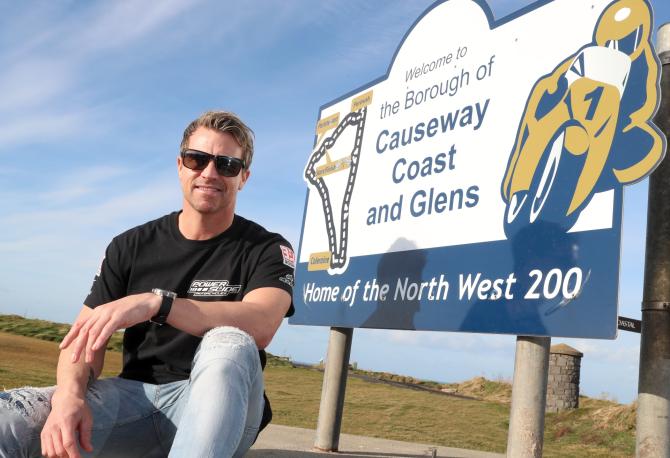 FORMER BSB star James Ellison is among ten newcomers who got their first taste of the fonaCAB and Nicholl Oils North West 200 after visiting the course earlier in the week.

The 39-year-old will be making his first appearance in the event this year but is hugely experienced, having competed successfully in MotoGP, World Endurance, AMA and BSB competition.

And, as he admitted, May can't come quick enough.

“I have wanted to do the North West for many years," he said during his visit to the north coast.

“When my friend and sponsor Brad Clarke told me he was entering I said I would spanner for him.

"Brad asked why I wouldn’t come and race it myself and it escalated from there. And so here I am!”

Ellison was among ten newcomers from Northern Ireland Poland, England, France and the Republic of Ireland who joined NW200 Rider Liaison officer Steve Plater during two days of briefings and sighting laps on the north coast venue.

Polish racer Krystian Paluch is another.

“The North West 200 is the next level for me and I want to ride with the best road racers in the world and improve," said the talented Pole.

For more on this story check out our unrivalled motorsports coverage in Tuesday's Chronicle.