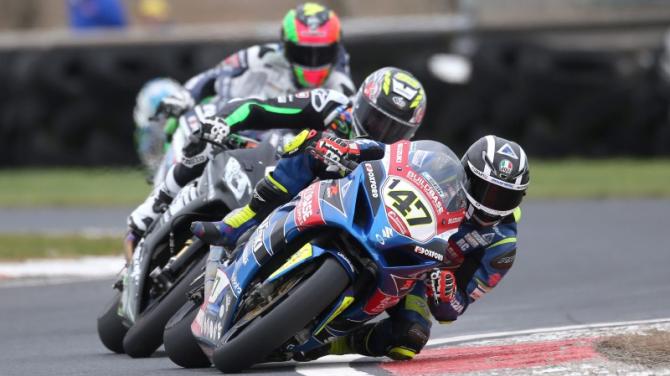 REIGNING British Superstock champion Richard Cooper has recently announced that he will be returning to the annual Sunflower Trophy meeting at Bishopscourt later this month.

Cooper is set to return to the County Down circuit in an attempt to retain the coveted trophy, which has been a popular event on the short circuit scene in Irish motorcycling for over 40 years.

The Nottinghamshire rider has enjoyed a wealth of success in the Pirelli National Superstock 1000 championship already this season. The Buildbase Suzuki rider wrapped up the championship with two rounds of the season remaining. He currently sits almost 80 points ahead of Taylor Mackenzie. It has been a massive year for Cooper, who made his debut for Steve and Stuart Hicken's outfit at the North West 200 back in May. It was a fruitful return to Irish soil for the talented 36-year-old who clinched a second-place finish in the second Superstock race at the Triangle Circuit four months ago.