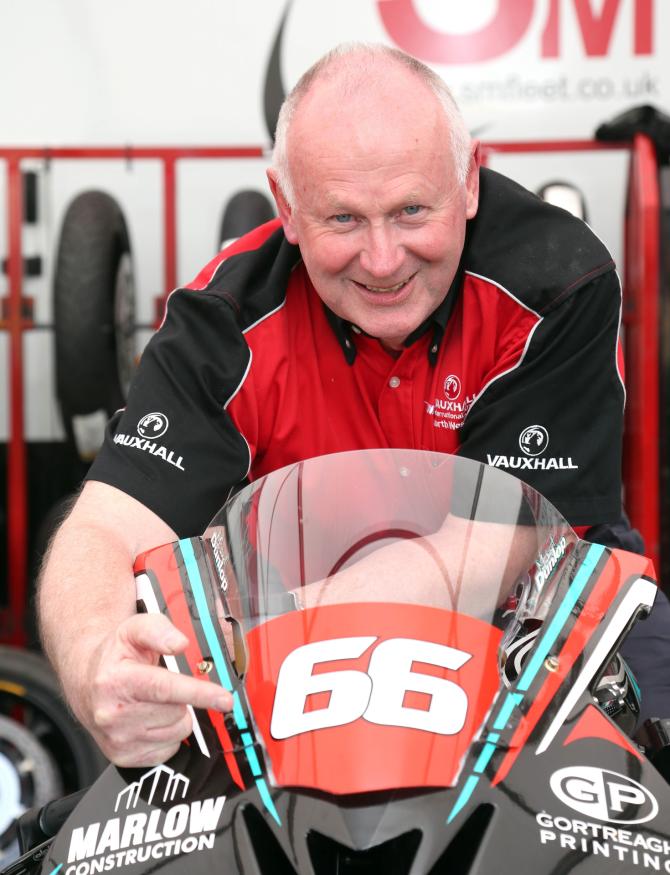 NORTH West 200 Event Director Mervyn Whyte MBE has ended speculation that he may step down from his position as chief of the international event after it emerged that he is to continue on in his role for another year.

The Limavady man celebrated a fifty-year association with Ireland's largest outdoor sporting event back in May, with reports suggesting that he may step down after 20 years in his role as Event Director.

However, members of Coleraine and District Motor Club have received information indicating that Whyte will remain in place for 2020, with race week set to take place from May 10 - 16 next year.

In a statement, Whyte said: “I have been asked by the committee of Coleraine and District Motor Club to stay on as Event Director for next year and I have agreed to do so.

“I am looking forward to the challenge as the club continues to plan for the future with a process in place that will be adopted when I do step down.”

The North West 200 celebrated its 90th anniversary earlier this year. Whyte told the Chronicle back in May that he was “really pleased” with how the week-long spectacle unfolded despite a number of difficulties.

In the opening races on the Thursday, Italian rider stefano Bonetti created history by becoming the first-ever Italian winner in sun-drenched conditions at the event whilst Fermanagh's Lee Johnston took the honours for Ashcourt Racing in a pulsating Supersport Race.

The weather changed for Saturday's main event as red flags and rain suspensions disrupted the morning’s action before further disaster struck. A helicopter collided with electricity power lines near the Magherabuoy Hotel which caused further delays, and with a power surge to hit Portstewart causing an extensive power cut it looked like disaster for the 90th-anniversary finale on the north coast.

Crowds dwindled a little and social media was awash with North West 200 critics. However, event organisers stood firm and managed to proceed with what proved to be a successful reduced race schedule which was praised by many of road racing's purists as Davey Todd clinched his first-ever International road Race victory onboard the Milenco by Padgett's Honda in the second Supersport race.

*Read more on this inside next week's Chronicle.