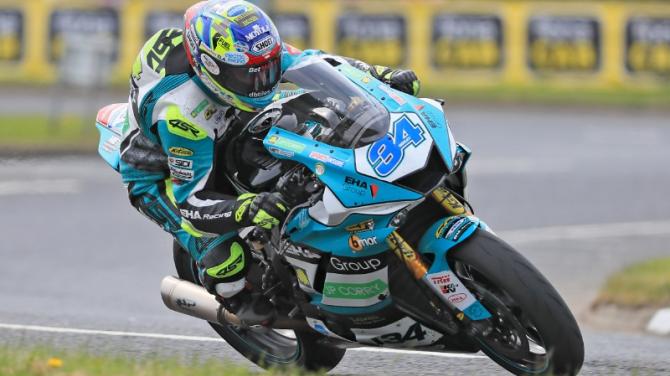 IT was a memorable weekend for North West 200 record wins holder Alastair Seeley after he got back to winning ways during the third round of the Dickies Supersport championship at Donnington Park.

Seeley emerged victorious during the sprint race last Saturday before clinching his hard-earned double in Sunday's main event. The 39-year-old definitely did not have things all his own way as he was pushed all the way by ex-Moto 2 star Kyle Ryde on Saturday as Seeley's main championship rival, Dubliner Jack Kennedy, crashed out in the opening laps of the race after a high side on the exit of Robert's chicane.

Speaking after his success, Seeley admitted that he was delighted to get back onto the top step of the podium.

“It is nice to be back up here on the top step, it feels like it has been ages,” he said.

“It was important for me to bridge the gap to Jack (Kennedy) because he was beginning to go on a bit of a Bautista run.

“I had to dig in and work hard because I wanted the win after a frustrating time at the North West 200 last week,” he added.