"We had to persevere" - Whyte 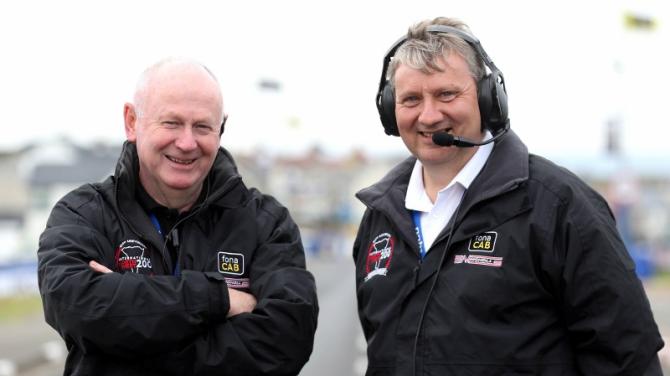 NORTH West 200 Event Director Mervyn Whyte has extended his thanks to those who braved the damp and cold conditions and stayed to support the International North West 200's main event last Saturday.

Red flags and rain suspensions disrupted the morning’s action, before further disaster struck. A helicopter collided with electricity power lines near the Magherabuoy Hotel which caused further delays, and with a power surge to hit Portstewart causing an extensive power cut, it looked like disaster for the 90th anniversary finale on the north coast.

Crowds dwindled a little and social media was awash with North West 200 critics. However, event organisers stood firm and managed to proceed with what proved to be a successful reduced race schedule which was praised by many of road racing's purists.

Speaking to Chronicle Sport, North West 200 boss Mervyn Whyte MBE said: “I would like to pass on my sincere thanks to all the spectators around the course who stayed in the miserable conditions and supported the event itself.”

Despite poor weather and a series of unfortunate events, Mervyn admitted that, in the grand scheme of things, he was “really pleased” at how the 90th anniversary celebrations unfolded.

“It turned out really well,” he said. “Overall, I am pleased because we had a number of issues during the main race day.

“There was some excellent racing and some riders dropped out because of conditions,” said Whyte.