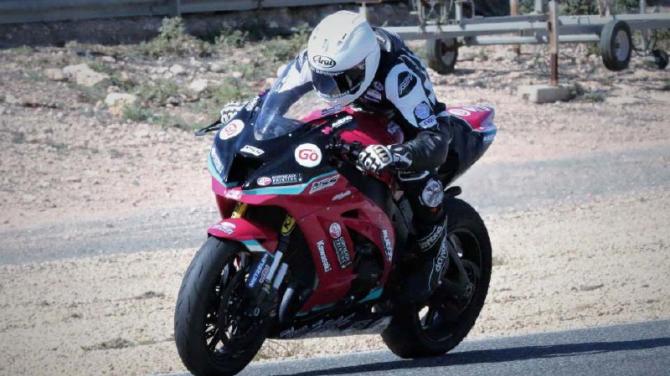 Fresh off the back of his maiden test of the 2019 season in Spain, Tobermore road racer Adam McLean has said that he is 'happy' with his base set-up after a four day test at Cartagena.

McLean was getting to grips with his new Kawasaki ZX10-R machine in the south east of Spain as he prepares for the challenges of the 2019 season with the aim of building on his personal successes last year.

Speaking to Chronicle Sport, the 22-year-old said: “We went out to Spain testing for four days last week at Cartagena and to be honest I was just happy to be back on the bike.

“The ZX10-R is a great package and it was nice to get dialled in again because it is a long winter.

“I feel that we got a decent set-up and I found myself comfortable on the bike which is important too.

“I am very happy because we have made positive steps in the right direction with testing so far,” he said.

It proved an intense test in Spain and the 22-year-old gave us a little bit of an insight of how his four day test panned out, explaining that his new regime is crucial to maintain a level of progression.

“Usually on the first day we try and blow the cobwebs out but after that then it is important to get down to business,” explained McLean.

“The other three days we worked really hard to get a good base set-up and test tyres and the suspension because there are a lot of things that need to work together for the bike to work well and, sometimes, it is hard to get everything in the sweet spot.

“Four days of constant riding in the heat with good grip levels makes all the difference because you feel fit and sharp,” admitted the McAdoo Kawasaki rider.

*For all your Motorsport news, see this week's Chronicle.