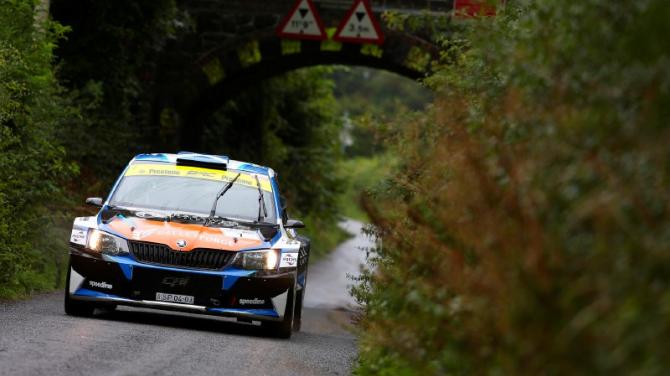 CUSHENDALL’S John Rowan says the priority on this week’s Wales Rally GB is to savour the occasion as he shares the stages with M-Sport’s Sebastien Ogier, and Hyundai’s Thierry Neuville.

Rowan will be reunited with David Bogie for the four-day event, which hosts the concluding round of the MSA British Championship, and round eleven of the FIA World Rally Championship.

“We want to go there and make the most of the whole experience,” the local co-driver told Chronicle Sport.

“We also want to set down a marker and see how we stack up against the guys from WRC2. That isn’t something we get to do all the time, so we’re looking forward to.